We had another brilliant weekend at the Masters Historic Formula One USA Series this weekend with Greg getting on pole position and, winning one race and having to fight his way back through the pack to come 3rd in race 2.

Qualifying saw Greg put in some great lap times with his best putting him on pole position and he only had to put in 3 laps during qualifying, after seeing Greg blistering pace here we all knew it was going to be a special weekend.

Race one gave everyone what we thought would happen from qualifying seeing Greg race off into the distance being followed only by Charles Nearburg in his Williams FW07B. The two of them left the rest of the pack behind with them finishing in positions 1 and 2.

Race two didn’t start as planned as Greg stalled at the start dropping him to near the back of the field knowing the pace Greg had though we all know he could do something special for the rest of the race and give the spectators what they wanted to see. He spent the race overtaking and trying to make his way back up to the front of the pack where he eventually finished 3rd.

The weekend gave us another great sight you dont really see in racing now days and that was a true 70’s style engine change being done on the floor in the pits. Great effort form everyone in the Lotus team to get the car ready. 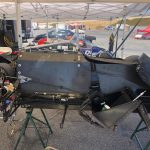 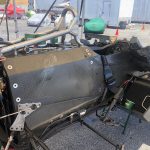 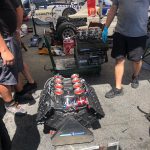 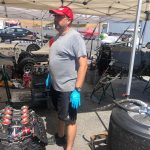 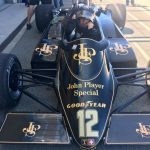 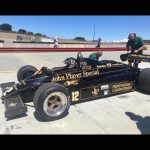 No Replies to "Great weekend at Monterey Pre-Reunion"