We have spent 2 weekends with the Masters Historic USA Racing Series seeing us race across 2 fantastic race tracks in the USA and Canada.

Our first weekend was in Canada at the Sommet des Legendes event where we were racing the Famous John Player Special Lotus 91. Greg qualified in 1st place setting up a great start to the weekend, Greg took the qualifying success into the first race bring home the win and top spot on the podium followed by Ethan Shippert in the 1974 Brabham BT44 and Steve Romak in the 1985 Tyrrell 012. Race two saw the same three finish on the Podium with Greg grabbing another win in the Lotus 91 finishing 6.89 seconds ahead of Ethan Shippert.

The full race report can be found here at mastershistoricracing.com

The second weekend saw us travel to the US and back to one of our favourite tracks, Road America. This weekend we wouldn’t just be racing in the Lotus 91 but also taking part in the Masters Endurance Legends Series in the March 83G.

The start of the Endurance Series got off to a good start with Greg qualifying in 8th place, unfortuanlty in the first race Greg had to stop after 8 laps and couldn’t finish the race. Fortunately for us there was one more race to come on Sunday which saw Greg finish in 7th.

The other part of the weekend saw the Lotus 91  come out to play in the Masters Historic F1 series. Greg brought his great form from Canada with him to Road America as he snapped up pole position with a lap time of 2:06.299 almost 2 seconds quick than Ethan Shippert in the 1974 Brabham BT44.

In the first race Greg was leading the first lap when we spun out and ended up in the tyre wall after sliding across the wet Grass between Turn 8 and Turn 9 . This accident bent the nose end plate, however after some fantastic work from Classic Team Lotus (as the always do) the car was ready for the next day and race 2 where Greg took the win after a brilliant pass on pole sitter Ethan Shippert and the exact same corner he slip off the day before. Greg went on to claim a 12.489 lead and victory.

Greg had this to Says to Master Historic after the win.

“It was all about faith in Ethan, That’s what it was about, faith in him.”

On the previous lap, Shippert had gotten a “little sideways,” Thornton explained. “I think he knew what I was thinking about. On the next lap (Lap 3), we got a good exit, and we went straight to the bridge and into the Carousel. He could just see me, and he held his inside line, which was the gentlemanly thing to do, and I drove around him on the outside.”

To read the full weekend race report head over to mastershistoricracing.com or just click the link here. 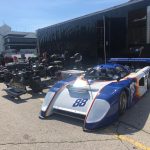 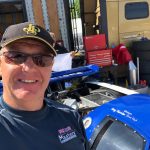 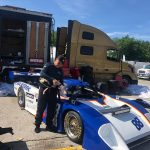 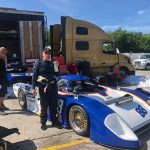 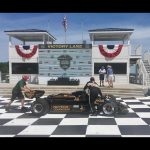 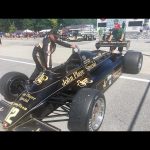 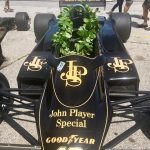 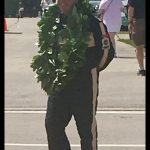 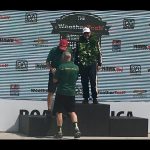 Come see us at Brands Hatch this weekend!

No Replies to "Double Weekend with Masters Historic USA Series"